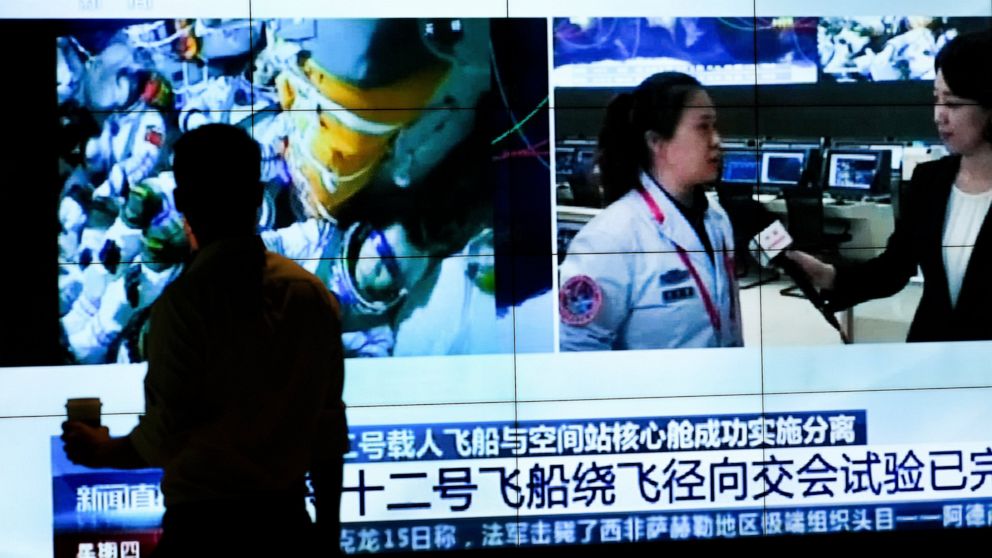 State broadcast CCTV aired footage of the astronauts securing packages inside their spacecraft, which is due to parachuting to a location in the Gobi Desert near the Jiuquan launch center on Friday.

The astronauts have already set China’s record for the most time spent in space. After launching on June 17, mission commander Nie and astronauts Liu and Tang went on two spacewalks, deployed a 10-meter (33-foot) mechanical arm, and had a video call with Communist Party leader Xi Jinping.

Before the undocking, the astronauts downloaded data from their experiments and ensured the station would continue operating without a crew, CCTV reported.

The journey home is expected to take at least 30 hours, CCTV said. Before departing, Nie and his colleagues expressed their thanks for the “round-the-clock support and devotion from all the staff.”

Four drills have been conducted on the ground at the Dongfeng landing site in north China’s Inner Mongolia Autonomous Region to ensure the crew’s safe return.

While few details have been made public by China’s military, which runs the space program, astronaut trios are expected to be brought on 90-day missions to the station over the next two years to make it fully functional.

The government has not announced the names of the next set of astronauts nor the launch date of Shenzhou-13.

China had sent 14 astronauts into space since 2003 when it became only the third country after the former Soviet Union and the United States to do so independently. When completed with the addition of two more modules, the station will weigh in at about 66 tons, a fraction of the size of the International Space Station, which launched its first module in 1998 and will weigh around 450 tons when completed.

What the Privacy Battle Upending the Internet Means for You