Houseparty, the social video chat app acquired by Fortnite maker Epic Games for a reported $35 million back in 2019, is shutting down. The company says Houseparty will be discontinued in October when the app will stop functioning for its existing users; however, it will be pulled from the app stores today. Related to this move, Epic Games’ “Fortnite Mode” feature, which leveraged Houseparty to bring video chat to Fortnite gamers, will also be discontinued. Founded in 2015, Houseparty offered a way for users to participate in group video chats 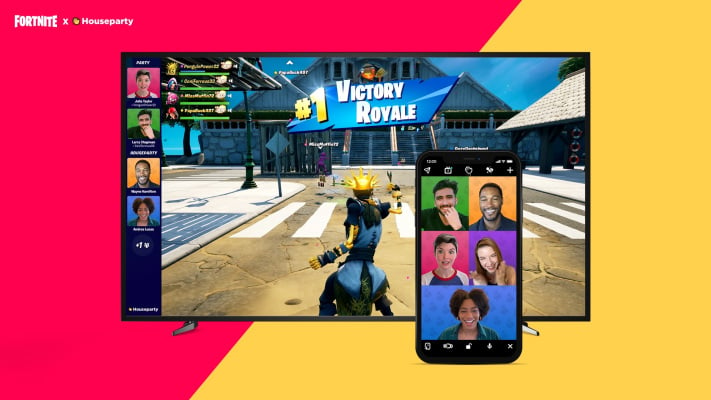 with friends and even play games, like Uno, trivia, Heads Up, and others. Last year, Epic Games integrated Houseparty with Fortnite, initially to allow gamers to see live feeds from friends while gaming, then later adding support to Livestream gameplay directly into Houseparty. At the time, these integrations appeared to be the end goal that explained why Epic Games had bought the social startup in the first place.

Now, just over two years after the acquisition was announced, and less than half a year since support for live streaming was added to the app, Houseparty is shutting down. The company didn’t offer any solid insight into what, at first glance, feels like an admission of failure to capitalize on its acquisition. But the reality is that Epic Games may have something more significant in-store beyond just video chat. That said, all Epic Games would say today is that the Houseparty team could no longer give the app the attention it required — a statement that indicates an executive decision to shift the team’s focus to other matters.