The U.S. Food and Drug Administration and Centers for Disease Control and Prevention recommend vaccinations with the Johnson & Johnson/Janssen COVID-19 vaccine be temporarily halted. At the same time, the agencies review reports of blood clots among vaccinated people.

On April 13, the two government agencies issued a joint statement announcing a recommended pause as federal regulators reviewed six cases of blood clots reported six to 13 days after the people received the single-dose vaccine. “Until that [review] process is complete, we are recommending a pause in the use of this vaccine out of an abundance of caution,” the statement said.

Cities and states across the U.S. moved quickly to follow the federal guidance, although it’s not mandated to stop using the vaccine. New York state urged people with vaccination appointments who were due to receive the J&J shot to keep those appointments, saying that the state would give them the Pfizer-BioNTech jab instead.

Maryland, which just a day ago opened a mass vaccination site relying on J&J doses, advised providers to pause using the shot. Detroit’s health department reassured people that while the city decided to halt vaccinations with
J&J-Janssen had enough doses of Moderna and Pfizer-BioNTech shots to swap in for people who already have appointments. Federal health officials stressed that the clotting side effects are infrequent among vaccinated people—in the U.S.

Nearly 7 million people have been vaccinated, and only six have reported these adverse events. The CDC’s Advisory Committee on Immunization Practices (ACIP), which makes the actual recommendation for how authorized vaccines should be used and in which age groups, will meet on April 14 to review the cases and issue additional guidance. The J&J-Janssen vaccine received FDA emergency use authorization in February. 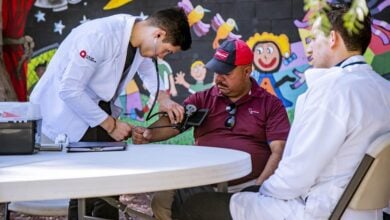 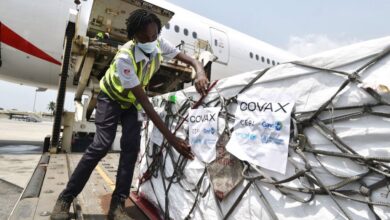 COVAX Was a Great Idea, But Is Now 500 Million Doses Short of Its Vaccine Distribution Goals. What Exactly Went Wrong?