TURIN, Italy — Italian cyclist Filippo Ganna lived up to his billing as the favorite by storming to victory in the opening stage time trial of the Giro d’Italia, beating his closest rival by 10 seconds.

Summary show
Ganna, the world-time trial champion, will wear the first maglia rosa as the race leader.
He also wore the first maglia rosa of last year’s Giro rescheduled to October.
Finally, I’m a time trial winner again. It’s been a long time,” Ganna said. “I’m thrilled.
If they cheered for me, then I knew I was going fast. That’s how I got this fantastic victory.

Ganna, the world-time trial champion, will wear the first maglia rosa as the race leader. 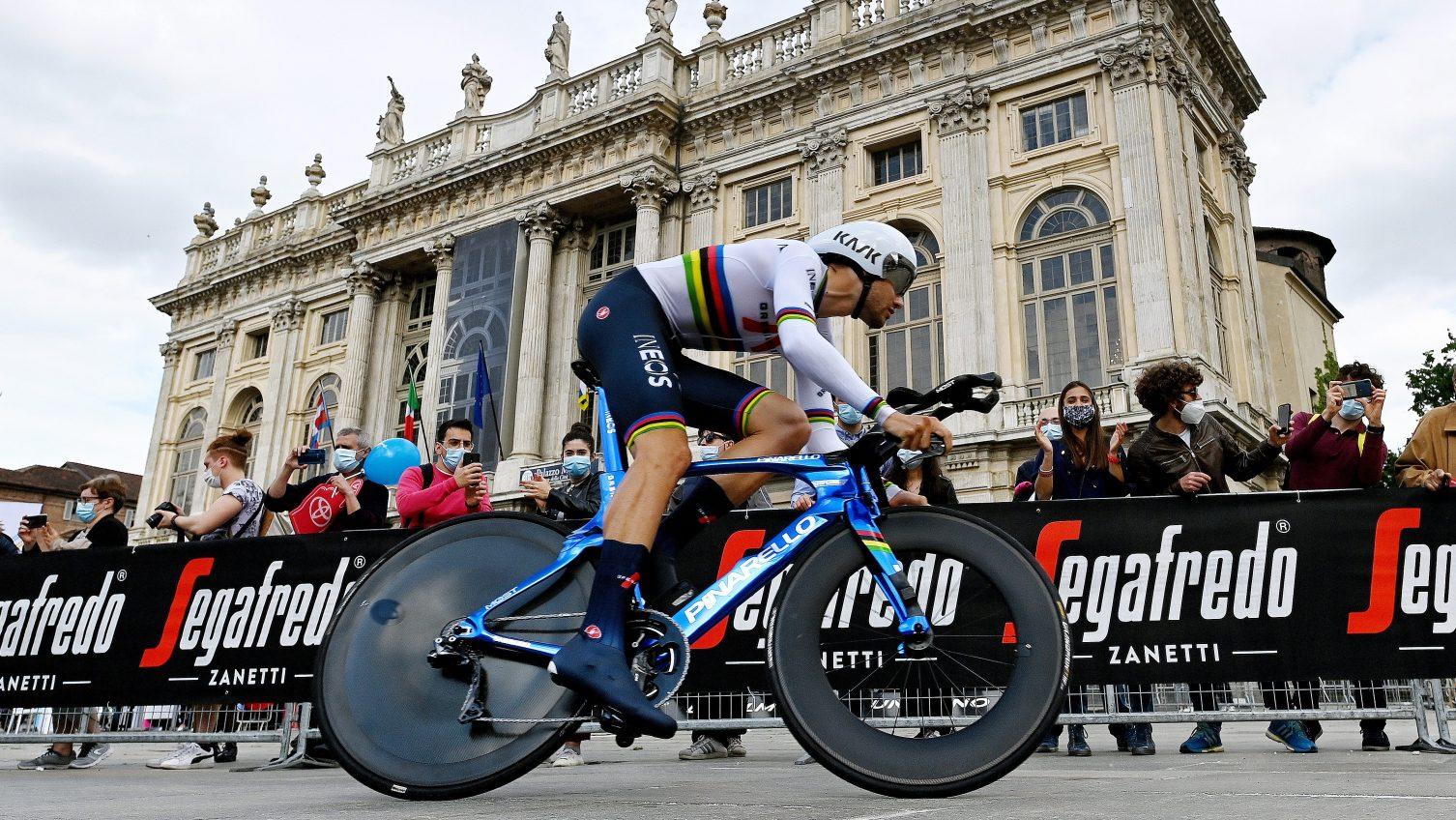 There were questions about Ganna’s form coming into the Giro after losing his past two time trials. Still, the Ineos Grenadiers rider obliterated his rivals on the fast, 8.6-kilometer (5.3-mile) course through the streets of Turin, finishing in 8 minutes, 47 seconds.

I didn’t feel I was ready for this race. My morale wasn’t great after the Tour de Romandie. Now it’s back up!” Ganna and compatriot Edoardo Affini were the only cyclists to finish under nine minutes. Tobias Foss was third fastest, 13 seconds slower than Ganna.

Fans were lining the streets, wearing masks and respecting social distancing rules, and Ganna revealed they helped him win after problems with his team radio. I started with a small radio, but I didn’t hear anything, so I told myself to go full gas and listen to the people along the road,” Ganna said.

If they cheered for me, then I knew I was going fast. That’s how I got this fantastic victory.

Joao Almeida, who led last year’s Giro for 15 days, was an impressive fourth, with a time of 9:04. He was two seconds faster than Deceuninck-Quick-Step teammate Remco Evenepoel, who was making his return to racing after a nine-month absence. Evenepoel hasn’t raced since.

August, after a crash, hit a bridge wall and went into a ravine, leaving him with a fractured pelvis and a damaged right lung. Most of the other favorites were around 40 seconds slower than Ganna, including Ineos teammate Egan Bernal, two-time winner Vincenzo Nibali, and last year’s runner-up, Jai Hindley.

When the Earth is gone, at least the internet will still be working – TechCrunch