Google Fi, Google’s cell network, is turning six today, and to celebrate, the team is launching a new pricing plan, dubbed “Simply Unlimited,” starting at $60 per month for a single line (down to $30 per line for three lines or more). The new plan features unlimited calls and texts in the U.S., plus unlimited data and texting in the U.S., Canada, and Mexico. 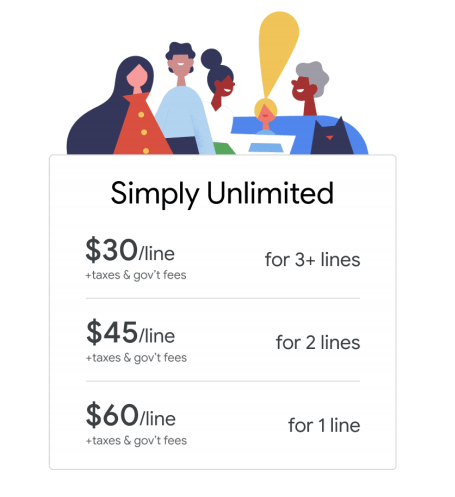 You may recall that Fi’s original promise was a single, affordable pay-as-you-go plan where you would pay a fixed price per month for the introductory call and texting service and then pay an extra $10 per GB of data you used per billing cycle, capped at $80 per month. In 2019, Google turned this into an unlimited plan, dubbed Fi Unlimited, starting at $70 per month for a single line, with discounts for additional lines.

The new “Simply Unlimited” plan is a pared-down version of the original Unlimited plan, which is now called the Unlimited Plus plan (yeah, that’s a lot of names). Now, that plan has still a lot of extra features that power users aren’t likely willing to give up for a slightly lower price. In addition to everything in the new Simply Unlimited plan, this plan still features free international calls to more than 50 countries and global data in more than 200 destinations, plus full-speed hotspot tethering and 100 GB of Google One cloud storage. 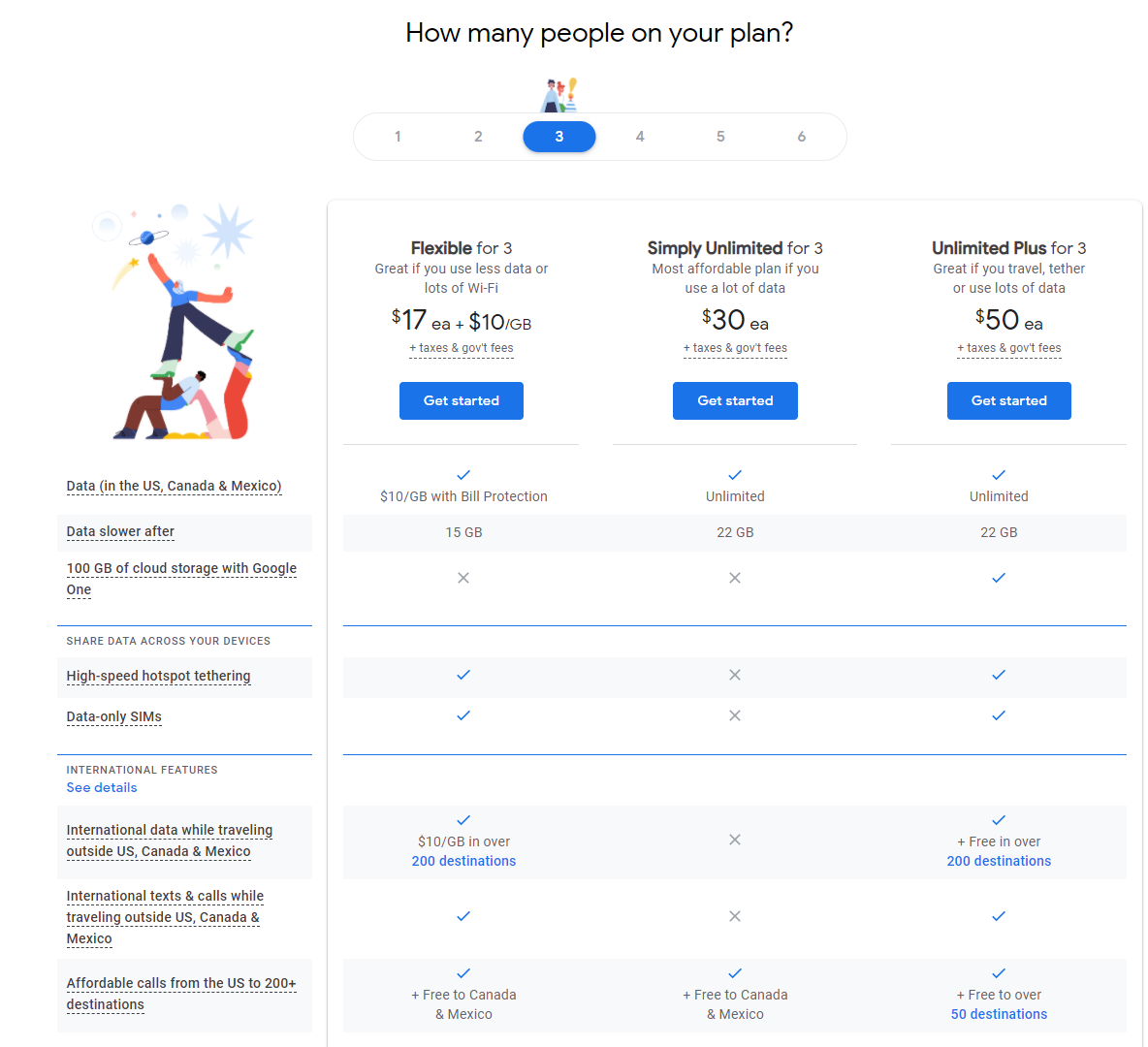 The Flexible plan is also still an option, with its base fee of $20 per month for texting and calling for a single line (down to $17 per month for three lines) and $10 per GB of data, no matter whether you use if abroad or at home — or for hotspot tethering. Google says that’s the plan to choose if you’re mainly on WiFi — as most of us are right now. Basically, suppose you’re not planning to use your phone outside of North America. In that case, the new Simply Unlimited plan looks like a good deal that, depending on your use case, compares favorably with similarly priced plans from other carriers — especially if international data is essential to you.