The Caldor Fire remained only a few miles from the city of South Lake Tahoe, which was emptied of 22,000 residents days ago, along with casinos and shops across the state line in Nevada. Still, no significant fire activity has occurred since Thursday, officials said. Tim Ernst, an operations section chief, said fire officials were cautiously optimistic thanks to “a lot of hard work” over the past two weeks. 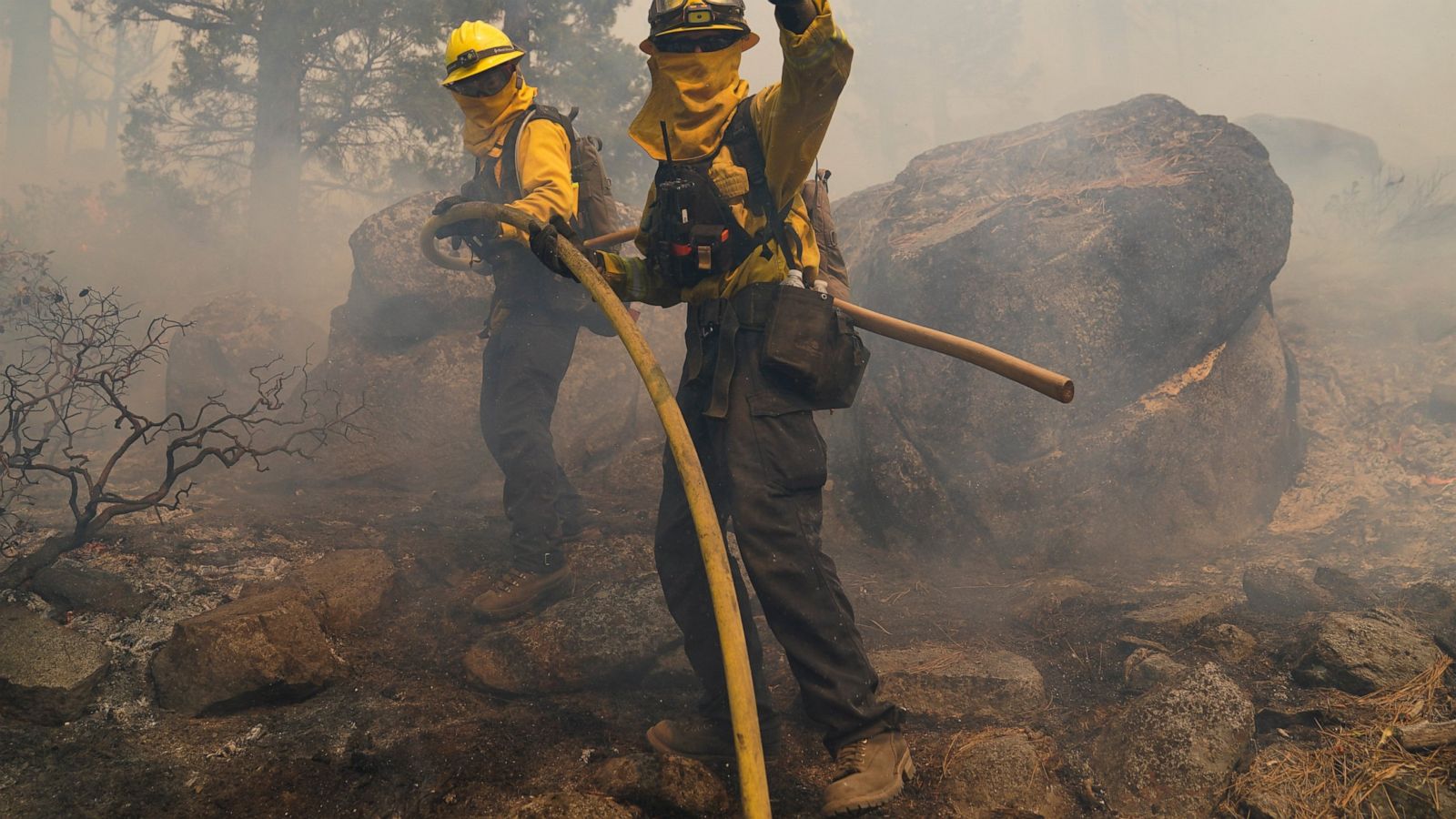 The nearly 333-square-mile (862-square-kilometer) fire was not making any significant advances and was not challenging containment lines in long sections of its perimeter, but Ernst said “the risk is still out there” with some areas that remained hot.

Residents on the western and northern sides of the fires were allowed back home by Friday afternoon. Still, fire officials said they don’t have a specific timeline for repopulating South Lake Tahoe. Utility companies have to make sure power is restored, fire crews will have to remove hazardous trees and other threats to power lines, and roadways must be cleared of debris.

Jake Cagle, another operations section chief, said fire and law enforcement officials are evaluating the issue in meetings several times a day to determine when to lift evacuation orders.

“It’s all based on fire behavior. For now, things are looking good. On that contingent, we’re getting close,” he said. The fire had been driven northeast on a course leading to South Lake Tahoe for days by southwestern winds, but that pattern ended this week. Calmer winds and increased humidity Thursday and Friday helped crews increase containment of the blaze to 29%.

“Very positive trends with regards to weather,” said Dean Gould, a U.S. Forest Service administrator. “That’s huge for us. Let’s take full advantage of it while we have this window.” With the fire growing at the lowest rate in two weeks, he said, “Things are clearly heading in the right direction for us.”

Amid the positive outlook, incident meteorologist Jim Dudley warned that the air mass in the Sierra Nevada drains downslope every night and then sloshes upslope during the day and that the region’s terrain of ridges and deep canyons can create winds that go in “squirrely directions.”

“Just because we don’t have red flag wind conditions across the fire, the wind threat is still there, and it’s all localized,” he warned.

The fire — which began Aug. 14, was named after the road where it started and raged through densely forested, craggy areas — was still considered a threat to more than 30,000 homes, businesses, and other buildings ranging from cabins to ski resorts. Residents who were forced to flee South Lake Tahoe earlier this week remained evacuated along with people across the state line in Douglas County, Nevada.

Do we need humans for that job? Automation booms after COVID