Shortly after today’s virtual conference, Apple announced that the next major version of iOS will be ready for the prime time very soon. iPhone users will be able to update to iOS 15 on September 20. The company first unveiled iOS 15 earlier this year at its Worldwide Developer Conference. 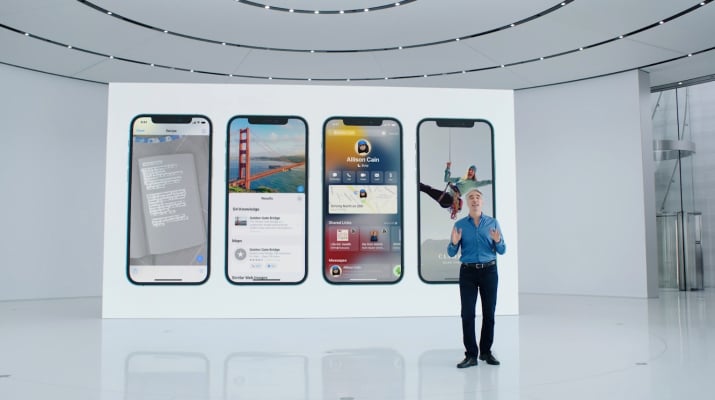 The most significant change of iOS 15 is a new Focus mode. In addition to “Do not disturb,” you can configure various ways to choose apps and people you want notifications from and change your focus depending on what you’re doing. For instance, you can create a Work mode, a Sleep mode, a Workout mode, etc.

There are many new features across the board, such as a new Weather app, updated maps in Apple Maps, an improved version of FaceTime, and more. Safari also has a brand-new look. At first, it was a bit controversial. Since then, Apple has listened to feedback and improved its new take on Safari.

The new version of iOS also scans your photos for text. Called Live Text, this feature lets you highlight, copy and paste text in images. It could be a nice accessibility feature as well. iOS is going to leverage that info for Spotlight. You can search for text in your photos directly in Spotlight, and it’ll pull out relevant images. These features are handled on-device directly. You’ll be able to update to iOS 15 if you have an iPhone 6s and, later, any model of iPhone SE or the most recent iPod touch model. It’ll be available as a free download. If you like your iPhone the way it is, Apple has also said that you don’t have to update to iOS 15. For the foreseeable future, the company will still update iOS 14 with security patches.

How Good is Apple's New iPhone 13? Better, But Not By Much