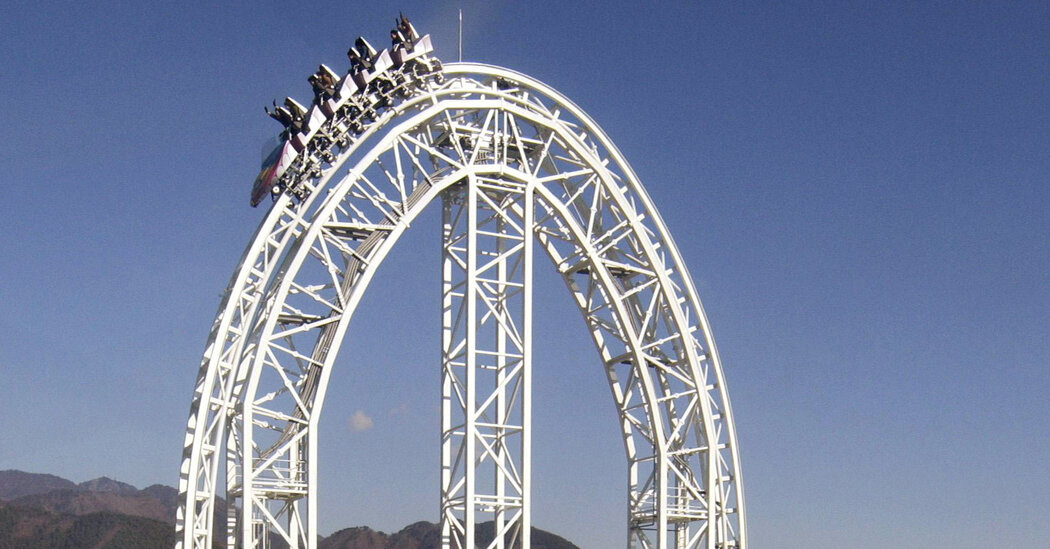 But local government officials at the Yamanashi Prefecture said last week that the roller coaster would shut down for safety inspections after four passengers reported neck and backbone fractures.

The governor of Yamanashi, Kotaro Nagasaki, criticized the park’s operators, about 75 miles southwest of Tokyo, for failing to add safety precautions or alert the government sooner.

“I think that if they had reported them earlier and taken appropriate actions, some accidents could have been prevented,” Mr. Nagasaki said during a news conference on Friday.

According to data from the Yamanashi Prefecture, two women and two men in their 30s and 50s suffered fractures of the neck or backbone between December and this month.

Kimie Konishi, a Fuji-Q Highland spokeswoman, said the park inspected the tracks and equipment and reviewed the roller coaster’s speed after passengers reported their injuries but did not find any issues. Park officials reported each accident to the police but did not bring reports directly to the government until the fourth accident, on Aug. 2.

“We should have reported earlier,” she said in a telephone interview. “Now, we hope the injured people will recover as soon as possible.”

Ms. Konishi added that all passengers were instructed to maintain contact with head and backrests, but some of the injured passengers told park employees that they might have leaned forward during the ride.

Scientists launch effort to collect water data in US West