Beijing is spitting chips about Australia’s US sub deal despite the first boat not being due for more than a decade. Their real anger is because of something else.

The most significant advantage of a nuclear submarine is that it never has to surface, which is also the most considerable advantage of Australia’s atomic submarine deal. 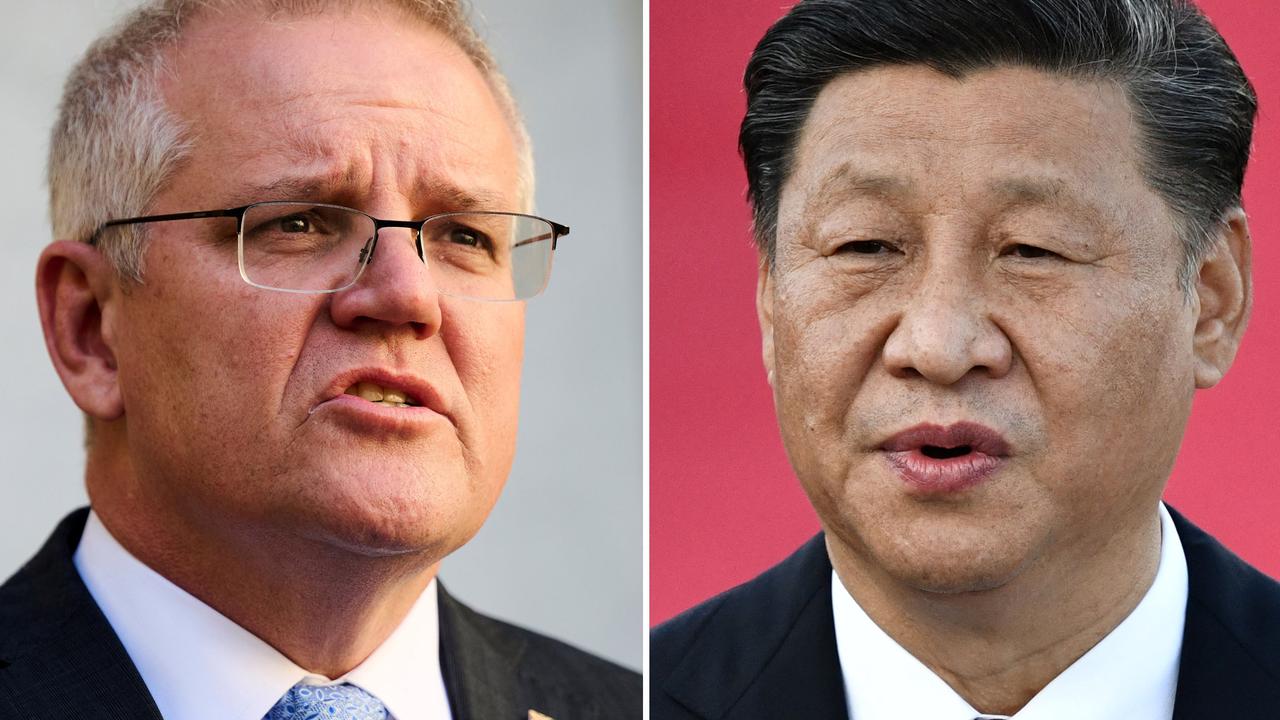 There has been much debate over the technical merits of the new nuclear subs we will get from the US and UK versus the diesel-powered heroes we just ditched from the French. At least all our armchair epidemiologists have found a new area of expertise.

But the most critical characteristic of both the diesel and the nuclear subs is the one they have in common: Neither actually exists. Australia has no French submarines or American submarines — and it won’t be getting any of either for a very long time.

In fact, the seismic announcement that sent the French Ambassador storming out and the President sniffily screening his calls has almost nothing to do with submarines at all. Indeed, it is inconceivable that such explosive tantrums could be caused by an argument over aquatic metal.

Instead, it is about something far more primal and honest — and much more accurate than phantom U-boats.

Flags, not boats, matter the most.

Paul Keating knows it, which is why the former PM’s reaction was, if anything, even more, visceral than that of the French. He may have landed on the wrong side of the argument, but at least he knew what the idea was about. The most precious commodities in the submarine swap aren’t underwater tin cans but the flags that stood behind Scott Morrison, Boris Johnson, and Joe Biden as the three leaders announced the new deal.

Many on the lunar green left have sought to paint it as a provocative action, but this is merely a form of geopolitical victim-blaming. After the shameless trade war that China has waged upon Australia, its ubiquitous cyberattacks on our institutions, its open belligerence towards Hong Kong and Taiwan, and its literal raising of the seabed in the South China Sea to create military bases — not to mention innumerable mass-scale human rights abuses within its own mainland — one wonders what they would consider an appropriate strategic response.

Israel says US booster plan supports its own aggressive push