The notorious tech guru, who was found dead in a Barcelona prison cell on Wednesday, faced extradition to the US, where it was claimed he owed colossal sums in taxes.

Just how much McAfee was worth when he died is shrouded in mystery, with US tax authorities accusing him of using an elaborate way of concealing his actual wealth. 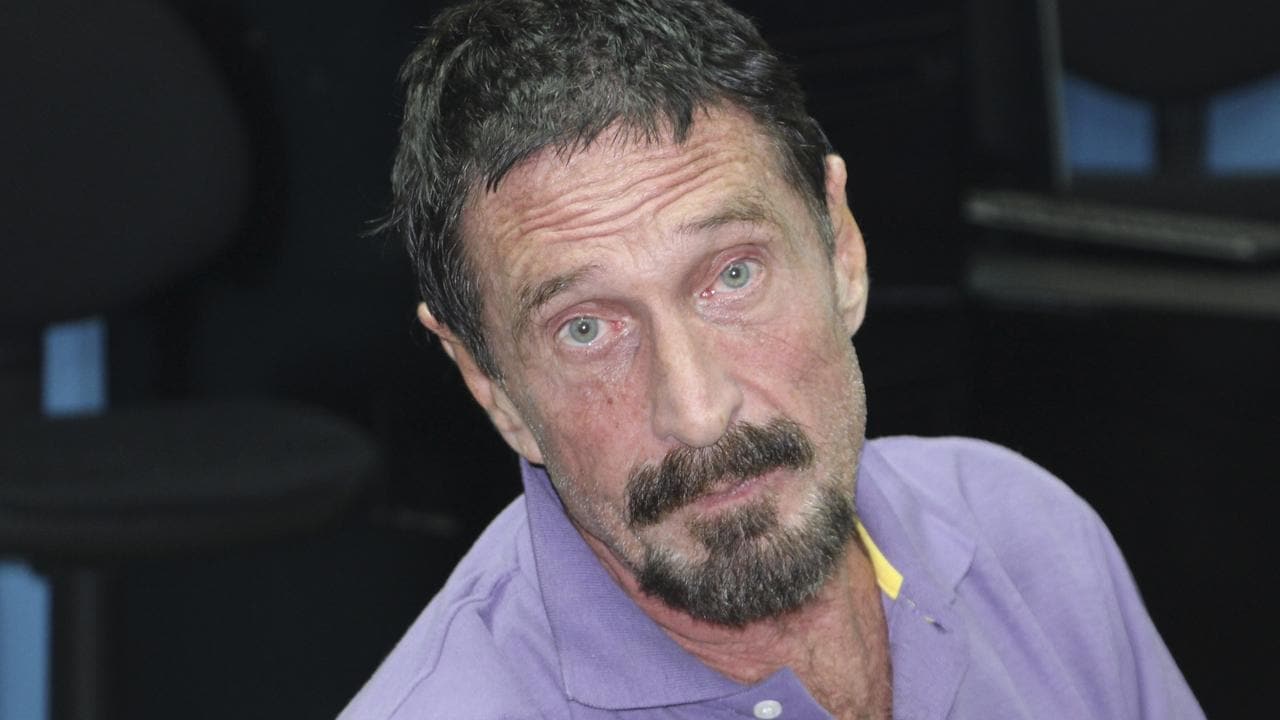 He met Janice in Florida in 2012, having fled his luxury villa and seven strong harems in Belize after being suspected of shooting his neighbor.

The widow spoke to journalists as she collected his belongings from the Barcelona cell he was found hanged.

Struggling to hold back tears, Janice insisted he did not kill himself and blamed the US government for trying to extradite him on tax evasion charges.

Grieving are McAfee‘s many, many children.

Last year he said he had 47 kids, 61 grandchildren, and 19 great-grandchildren, although little is known about them. But they would likely be seeking inheritance from their late father, who last year said he “took care of them financially”. Their cybersecurity pioneer dad became filthy rich after creating the eponymous antivirus software — which by 1994 netted him £72 million ($100m) when he sold it.

But by 2007, McAfee revealed his wealth plummeted to just £2.8m ($4m) after stocks and property values crashed with the onset of the Great Recession. Much of his riches from selling his antivirus software company had been invested into building mansions for the super-rich, which he could then not sell.

Tapcart, a ‘Shopify for mobile apps,’ raises a $50 million Series B – TechCrunch