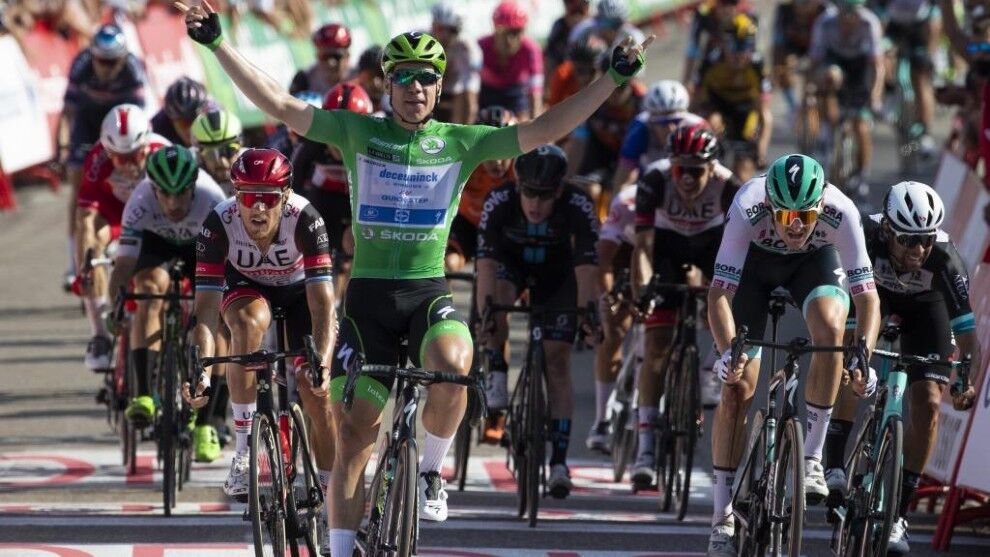 “It was a hard stage, short but super hot again. I was also suffering a lot, but luckily I had enough for the win in the end,” Roglic said. “Enric Mas is also very strong; luckily, I had a little more. It’s always nice to win; you never know when the last one will be.”

The seventh career stage win was at the Vuelta for Roglic, the Slovenian rider from team Jumbo-Visma. He relinquished the leader’s red jersey after crashing near the end of the 10th stage on Tuesday. He is now third, less than two minutes behind Eiking, with the three-week Grand Tour race just past the halfway point.

Guillaume Martin stayed second overall, less than a minute behind Eiking, who finished 10th on Wednesday. Mas remained in fourth place, ahead of Miguel Angel Lopez.

“My biggest opponents for the jersey were at the front. I didn’t want to lose too much time, so I just followed them, and it resulted in a top 10; that’s also nice,” Hiking said. “It was really hard, but I’m glad I could keep it, and I hope I can keep it tomorrow, too.”

Magnus Cort Nielsen broke away near the end of the stage and was still leading in the final 500 meters (yards), but he couldn’t stay in front after the attack by Roglic. Mas stayed close to Roglic until the end, crossing the line only three seconds behind.

“It was a nice finish with a steep uphill,” Roglic said. “The team did an amazing job, pushing really hard the whole day to keep the breakaway under control.”

Thursday’s 12th stage will take riders on a hilly 175-kilometer (109-mile) route that finishes in Cordoba.

Roglic wins Vuelta Stage 11 as Eiking holds on to the overall lead originally appeared on NBCSports.com.

Phone Upgrade Guide: Should You Buy Now or Wait?