FLAGSTAFF, Ariz. — The U.S. Department of Energy announced a new kind of climate observatory near the headwaters of the Colorado River that will help scientists better predict rain and snowfall in the U.S. West and determine how much of it will flow through the region.

The multimillion-dollar effort led by Lawrence Berkeley National Laboratory launches next week. The team has set up radar systems, balloons, cameras, and other equipment in Colorado, where much of the water in the river originates as snow. More than 40 million people depend on the Colorado River. 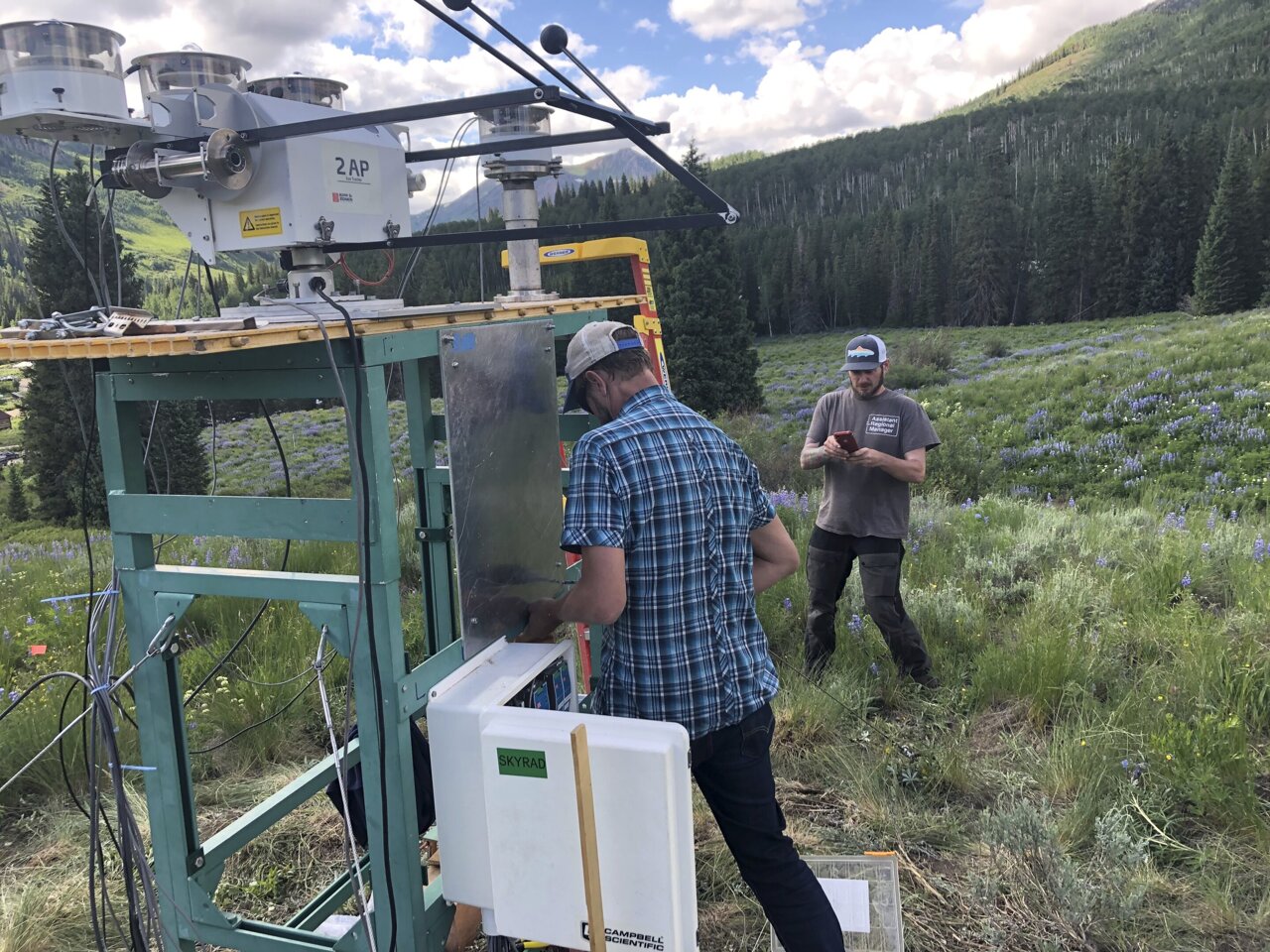 Alejandro Flores, an associate professor of hydrology at Boise State University, said the weather in mountainous areas is notoriously difficult to model, and the observatory will be a “game-changer.”

“We have to think about the land and the atmosphere as a linked system that interacts with each other,” he said in a call with reporters. “Up until now, there has been a lack of observations that help us understand this critical interface.”

The West is in the midst of a more than 20-year megadrought that studies link to human-caused climate change. That, along with increased demand on the Colorado River, led to the first-ever shortage declaration in August, and there’s an increasing threat of more profound, more widespread water cuts. Arizona, Nevada, and Mexico won’t get their total allocations of river water next year.

Scientists will use the observatory to gather data on precipitation, wind, clouds, tiny particles, humidity, soil moisture, and other things. Along with a better understanding of hydrology, they hope to learn more about how wildfires, forest management, drought, and tree-killing bugs, for example, play a part in water availability.

A big issue in predicting water supply in the West centers on soil moisture and content, said Ken Williams, the lead on-site researcher and Berkeley Lab scientist. The monsoon season essentially was a dud across the Southwest for the past two years, which means more melting snow soaks into the ground before reaching streams and rivers when it does rain, he said.

During a separate briefing Tuesday, climate experts said that southern Arizona and parts of New Mexico have seen impressive rainfall totals so far this monsoon season, with Tucson marking its wettest July on record. Mike Crimmins, a professor at the University of Arizona, called it an “amazing reversal” for the desert city.

Some parts of the Southwest have seen as much as four times their normal precipitation levels. But Crimmins noted other spots like Albuquerque, New Mexico, are either at average levels or still lagging.

“We have both really wet conditions for the short term, but we also have longer-term drought still hanging out there because we have these longer-term deficits that we cannot solve with just one or two or even three months of precipitation,” he said.

Crimmins said that to reverse the longer-term trends, the region would need to see back-to-back wet winters and summers that are hard to come by.

The new climate observatory, called the Surface Atmosphere Integrated Field Laboratory, brings together federal scientists, university researchers, and others to build on a previous effort to study part of the upper Gunnison River basin in Colorado that shares characteristics with the Rocky Mountains.

Williams said that the data could help water managers as they juggle longstanding water-sharing agreements among Colorado, New Mexico, Texas, and Mexico for the Rio Grande Basin. It also could help improve weather forecasting and experiments to modify the weather, such as cloud seeding to produce more precipitation.

The data will be available to other researchers and provide a benchmark for any collection beyond the two-year project, scientists said.