Aer Lingus tells me they issued the refund, and I have to call Orbitz. I got called back from Orbitz four hours after I yelled,” said Ms. Woolard, a retired nurse from Winston-Salem, N.C. “I had to wait another hour to speak to someone. Orbitz said they cannot access my records and that I may not get the refund until the end of 2021,” more than 18 months after the flight was canceled. “I know the airlines are struggling, but you just feel so helpless,” she said. According to Nisreene Atassi, a company spokeswoman, the holdup in the refund stemmed from a glitch in the Orbitz computer system, which rejected the refund because it had been authorized after the one-year expiration period. (After an inquiry by The Times, Ms. Woolard has now received her refund.)

To improve its customer service, Expedia has hired an additional 500 representatives for its companies to add to its 6,000 total across 30 countries, Mr. Singh said. Still, it takes three months to train them before they can do the job. Likewise, American Airlines said it is hiring “hundreds” of customer service agents to deal with the increased call volume. Expedia expects customers to see improvements soon. Its companies can now handle 80 percent of flight cancellation requests through its websites, up from 10 percent at the pandemic’s start. And by August, it expects to be able to answer 80 percent of its customer service calls within 20 seconds or less, Ms. Atassi said.

With more customer service representatives for the airlines and online travel agencies, wait times should ease. For those who still can’t get satisfaction from either, Bill McGee, Consumer Reports’ aviation adviser, recommends that passengers contest the charges with their credit card issuer. “According to the Fair Credit Billing Act, you’re entitled to a refund if you don’t get goods and services,” Mr. McGee said. “Quite a few readers have gotten satisfaction this way.”

Both Mastercard and Visa require transaction disputes to be filed within 120 days of the original payment. But the price cannot be refunded if the original ticket was a nonrefundable fare, a Visa spokesperson said.

Even with the more-generous expiration dates, vouchers will still eventually expire, and the customer will forfeit the amount of the voucher is not used. If specific circumstances prevent a customer from traveling by next spring, American Airlines will work with customers individually, said Andrea Koos, a senior manager of corporate communications at American Airlines. 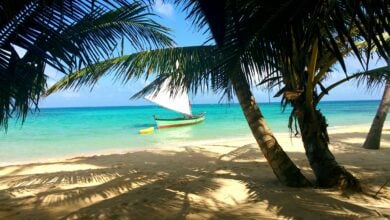 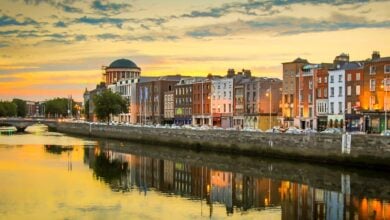