Last March, friends, and neighbors stopped Emily Smith in her town outside of Waco, Texas, questions about the coronavirus. An epidemiologist at Baylor University, Smith knows all too well how viruses are transmitted. But as the wife of a pastor and as a woman of faith, she also holds a trusted position in her community, and she would speak to those who asked about why she personally thought social distancing was a moral choice. As the weeks wore on, the questions kept coming: “What does flatten the curve mean?” “Is it safe for my child to kick a soccer ball outside with a friend?” So she started a Facebook page and called herself the Friendly Neighbor Epidemiologist. She adopted “Love thy neighbor” as the page’s credo. 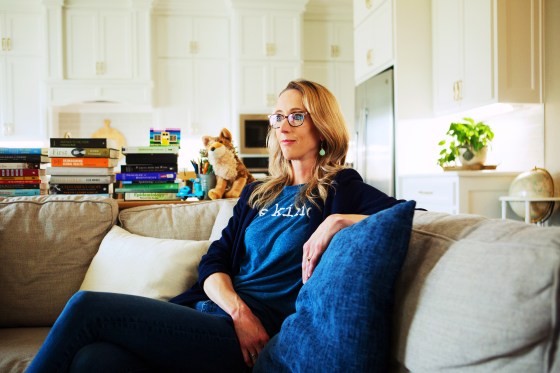 Smith wrote from the perspective of a scientist but also a wife and mother. She recently explained, for example, why churches should still continue to refrain from holding in-person services even though Texas has lifted its COVID-19 restrictions. “I thought I was going to be talking to my mom and my aunt and my friends,” she says. “And my tone is still like I’m talking to my grandma. But it turned out to be a lot more people.” A year later, she has more than 76,000 followers on her Facebook page, and her blog gets 1 million to 3 million hits a week.

But as her digital footprint has grown—she now has followers worldwide, including a strong contingent among evangelical mothers living in the South—so has the amount of misinformation that pops up in the comments of her posts. That, too, she tries to approach with a “Love thy neighbor” ethos.

“They come in with this bunk science, and I still try to be neighborly instead of jumping all over them,” she says. It’s not always easy. When commenters suggest that wearing a mask “signals you don’t have faith in God” or that attending church in person is a must because “worshipping is worth dying for,” she will post studies showing how distancing and mask-wearing can save lives. If they spread misinformation, like that European countries have banned the AstraZeneca vaccine, she explains that those countries have paused, not forbidden. If they start making racist comments, she blocks them.