As dating app Tinder and its parent company Match explore the future of personal connection through apps, it’s interesting to see what ideas it tested but later discarded. One such experiment was called “Tinder Mixer,” which briefly offered Tinder users a way to join group video chats and “play games” with others nearby. The feature was tested for a short period last year in New Zealand; we understand but will not be launching. The Tinder Mixer experience was uncovered by app researcher Alessandro Paluzzi, who found references the product in the Tinder Android app’s code. He had not yet publicized the finding, as we worked to learn more about the origins of the product. 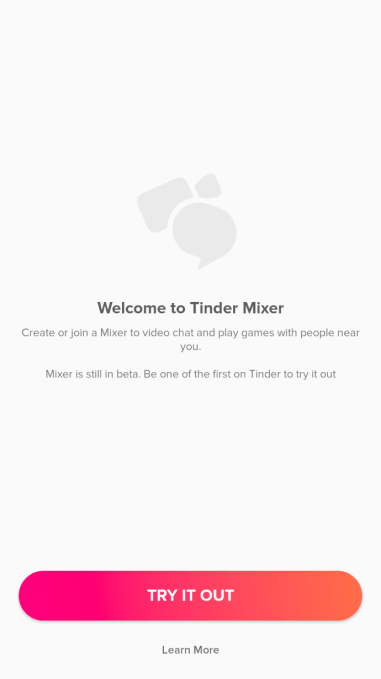 The resources he found in the dating app had given the appearance of a product in the midst of development, Paluzzi noted, but as it turns out it was one that had already been tested and quickly shut down as Tinder continued its other, ongoing experiments in the dating market.

That said, what made the product particularly intriguing was that it saw Tinder venturing, however briefly and experimentally, into more of a social discovery space, compared with the usual Tinder experience. Typically, Tinder users swipe on daters’ profiles, match, chat and sometimes even video call each other on a one-on-one basis. But live video chatting with a group is not something Tinder today offers.

EXPLAINER: Why ransomware is so dangerous and hard to stop